Python hosting: Host, run, and code Python in the cloud! 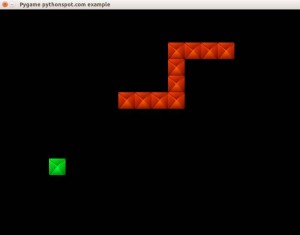 In this tutorial you will learn how to build the game snake. The game is an arcade game and it has very simple logic, which is why it is an ideal example to demonstrate how to build games with Pygame.

The player is represented as snake, which grows if it eats an apple. The goal of the game is to eat as many apples as possible without colliding into yourself. This is very easy in the early phase of the game but is increasingly more difficult as the length of the snake grows.

Getting started: Basic structure and event handling.
We define a class Player which holds the players position on the screen and the speed by which it moves. In addition we define the actions a Player instance can do (movements):

A player object can be created and variables can be modified using the movement methods.
We link those methods to the events. In Pygame we can get non-blocking keyboard input using this code:

The complete code gives us the ability to move the player across the screen:

You can now move the block around the screen with the arrow keys. 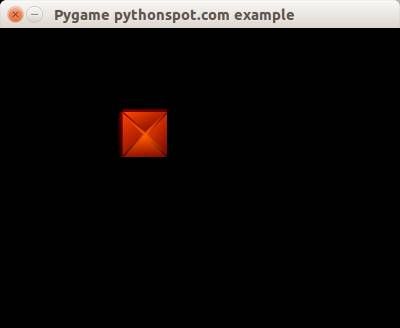 pygame example. Move the block around the screen

Building the player (snake)
The player controls a snake which has an initial length. This snake is always moving and changes the direction it moves when pressing an arrow key. To do so, update the player class:

and don’t forget to add a delay to the game loop.

This starts to act more as a snake, but it does not have a base length yet. We keep track of the snakes old positions and move the head of the snake. We also moved the drawing method into the snake. Copy the code and you will have a moving snake: 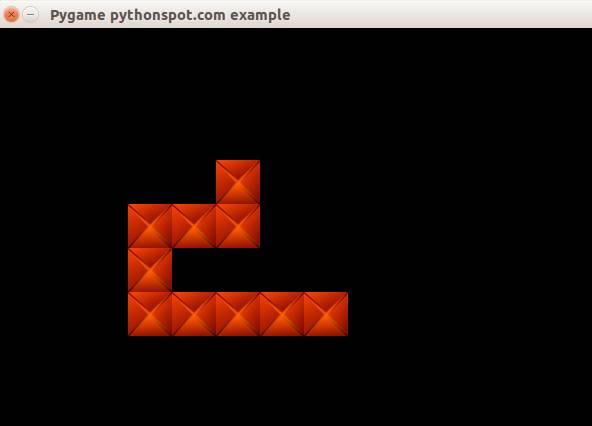 Game logic
The snake game has some rules:

We start by creating a new class that enables us to create apples:

For simplicity sake, we display the apples as green cubes. We have this basic code, but it does not do a lot more than moving the snake and showing the apple:

We have thus to add the game logic. To know if the snakes position matches the apples position, we have to do collision detection. This simply means veryfing that the cordinate of the snake are intersecting with the coordinates of the apple. We create a new method to do that:

You learned how to create the game snake in Python along with concepts such as collision detection, image loading and event handling. Many things could be added to this little toy game but this serves as a very simple example. :-)

Thank you for this simple tutorial. I plan program this tutorial, and then learn to further program more complex games. Thank you.

Hi Jacky, simply take any two images from the web

Yes,i get it done,thanks a lot!

Chance are you use Python 3.x. I updated the code, it was made for Python 2.7, should work on all Python versions now.
Be sure to have the images image_surf and apple_surf, simply 32x32 images in the same directory.

If you are on Ubuntu Linux (Py 2.7), you can simply:
[python] sudo pip install pygame [/python]

When code compiles a dialog box appears and gets closed straight away.
How can I solve this problem?
You have suggested another person to download images from net.
Those images should be of jpg or png format?
And where to put these images?

Put the image the same directory as your program. Add an if statement to test if the image has been opened. Depending on the platform, but it could be both.